This entry was posted on February 20, 2015 by Costumes Australia. 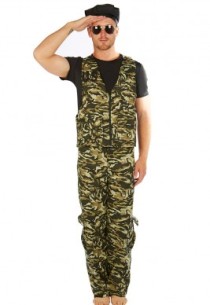 It‘s already established that Halloween events doesn't have to be inspired by scary monsters costumes. Previously, the event was graced by people wearing scary costumes like zombie, witch, wizard, demons, skeletons, and many others. Today, less scary character depictions are seen. The revolution in Halloween attire has evolved to embrace movie attire. Movies costume is now available; it’s inspired to depict movies stars and they are discussed in this article.

Teen wolf is a character depiction of the popular season film. It’s a film featuring different shape shifters like wolf, folk, etc. You can now be like your favorite movie star for just one night. The movie costume attire is inspired by one of the stars like Scot; the true alpha, Derek and so on. A typical wolf costume will be a very long full hair worn on the head that extends to the chin and jaws. A typical Scot the Wolf attire, made-up of sport Jacket, Jeans, a pair of joggers, and dark glasses is perfect ensemble for the wolf character depiction.

The titanic zombie costume for men and women, and it consists of a shirt, jacket, life jacket, and trouser. The attire is obtained from the tragic true life story of the largest, ever built ship called the Titanic. The great thing about costumes for Halloween is that you can allow your creative senses to run wild. It’s possible to create any custom outfit, like army costumes; any attire goes as long as it tells a story.

For the younger ones get the Batarina costumes for girls. It’s time to show your best batty spin. The costume is adorable and consists of purple tutu dress with many layers of tulle, a set of bat wings, bat ears and headband. Ready to steal everyone’s heart away, get your baby dressed up for the best trick or treats night.

Movies attire can be worn to any masquerade events like the Halloween. It’s focus on mimicking real star costumes like Teen Wolf through costumes for attending events.

One thought on “The Best Movie Costumes Idea”