We have well made Oktoberfest costumes available throughout Australia for your next fancy dress party. Oktoberfest, as its name suggests occurs around September - October, based on a tradition from the Bavarian region of Germany to celebrate its beer culture. It is a fun time to dress up in German outfits and drink beer. 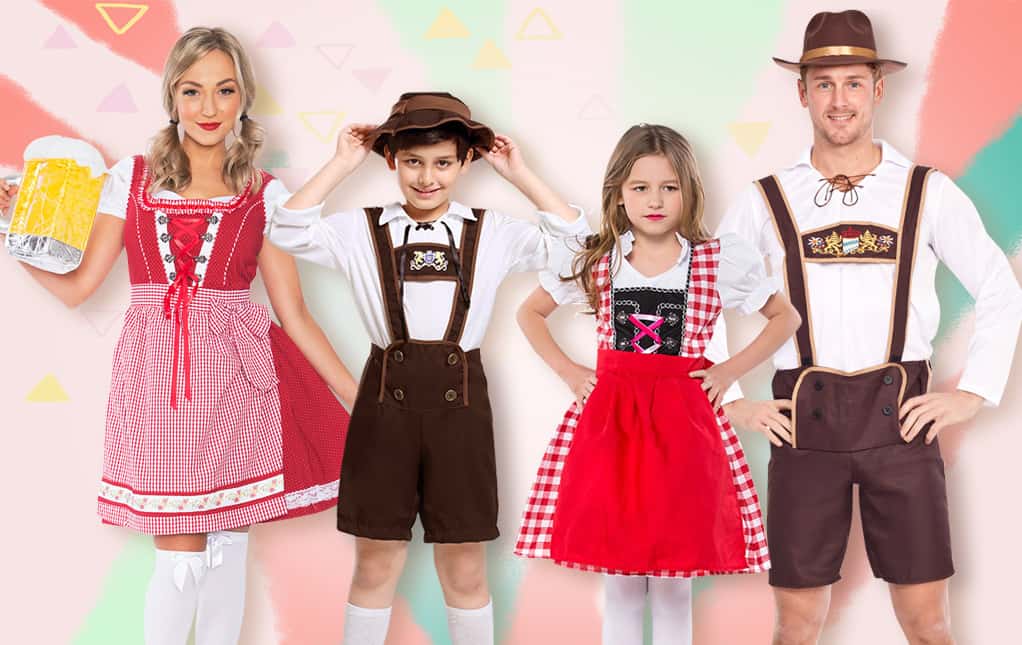 You can choose from a wide range of lederhosen for men or Dirndl for women. We have men’s women and children's Oktoberfest Costumes for your next fancy dress occasion.

Lederhosen is the name of the traditional German outfit for men. Traditionally men’s Oktoberfest outfit is a ‘lederhosen’ costume which is a pair of shorts with embroidered braces. Traditionally made from soft leather, this is where the name comes from. However we manufacture them from easy to maintain fabric. 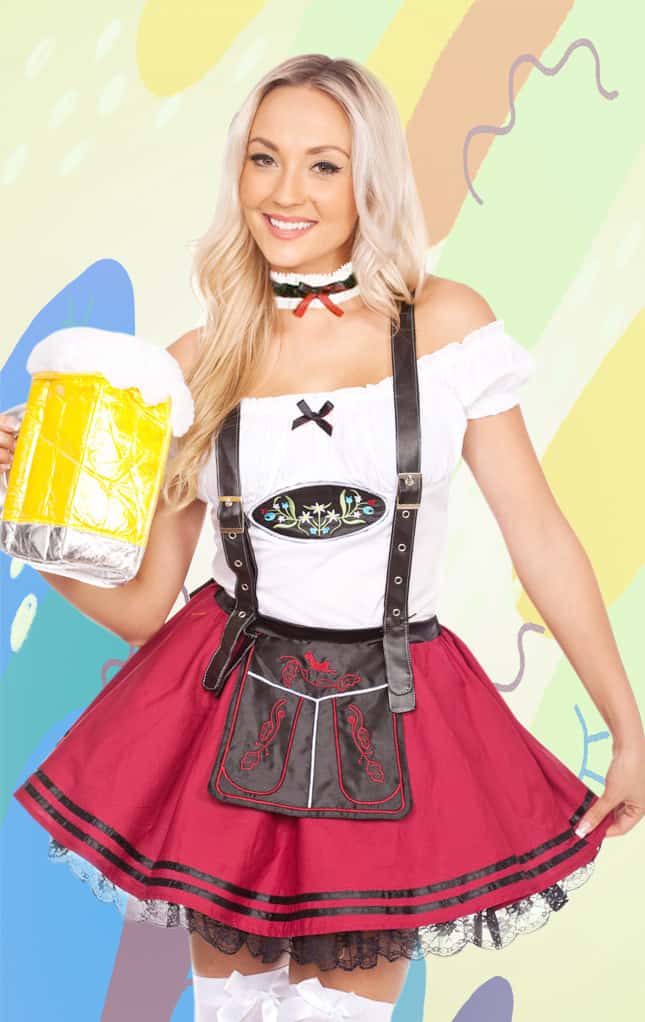 For women looking for something to wear to the annual Oktoberfest Brisbane event, you can’t go past the German traditional dress called a Dirndl. This is the corset-like dress, often worn with an off the shoulder short sleeve blouse and a wide skirt that falls to the knees. A dirndl in Australia is also commonly known as a beer maid costume. It can be plain or quite ornate.

For a German theme party, an Oktoberfest outfit is a great choice. Maybe you are looking for a German costume for an acting piece, or for a school book week dress up. You can’t go wrong with men’s lederhosen outfits - a traditional long pair of shorts with braces. 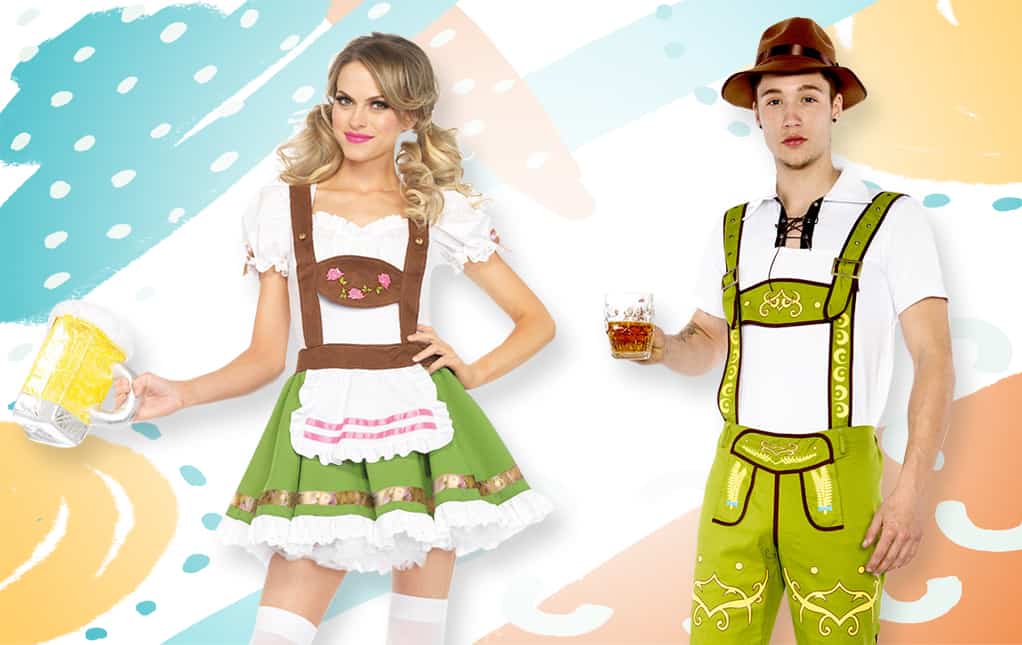 When you need Oktoberfest costumes our site has a very wide range of German outfits for women, men and children. If you are wondering what to wear to Oktoberfest, then take some time to browse the great selection of German costumes on these pages.

When you think of an Oktoberfest costume you think of men dressed in shorts with braces. These are traditional German costumes known as lederhosen. The traditional German version is made of leather. It was from Bavaria and designed for walking in snow areas so long pants did not get soaking wet and then cold. For ease of use for Oktoberfest dress-ups we have them made from easy to wash fabric or PU leather. 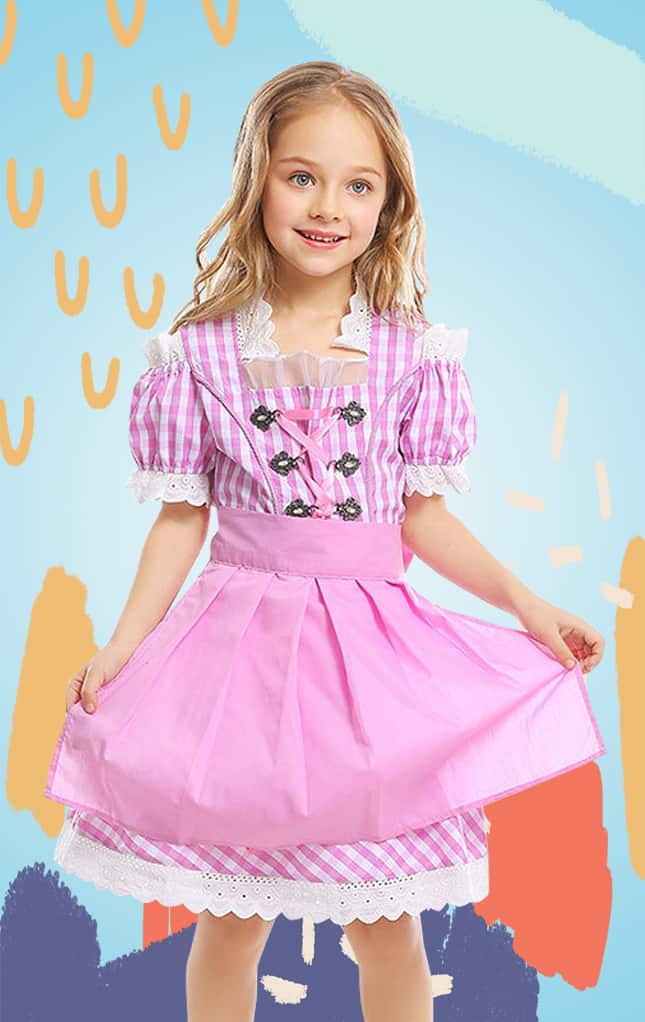 We have Oktoberfest costumes for kids including lederhosen for boys and dirndl for girls. Now the kids can join in with parents at an Oktoberfest theme BBQ or party. Kids German costume ideas such as the lederhosen make great choices for Book Week dress-ups as many of the traditional fairy tales have a German background thanks to the Brothers Grimm. The traditional German lederhosen for boys is a good idea for Hansel, your little girl can be Gretel in her Dirndl. 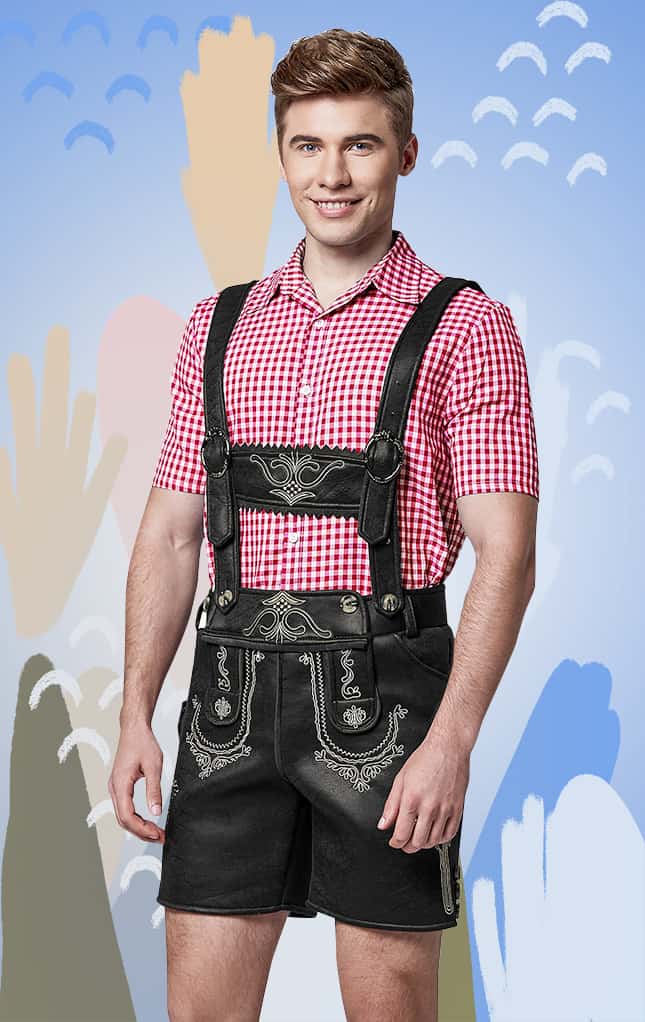 The most popular Oktoberfest costumes for men are lederhosen as they are distinctive and different. Men's long shorts with braces and an embroidered chest piece that prevents the straps from falling off the shoulders. We also have Oktoberfest hats and shoes to complete your look. 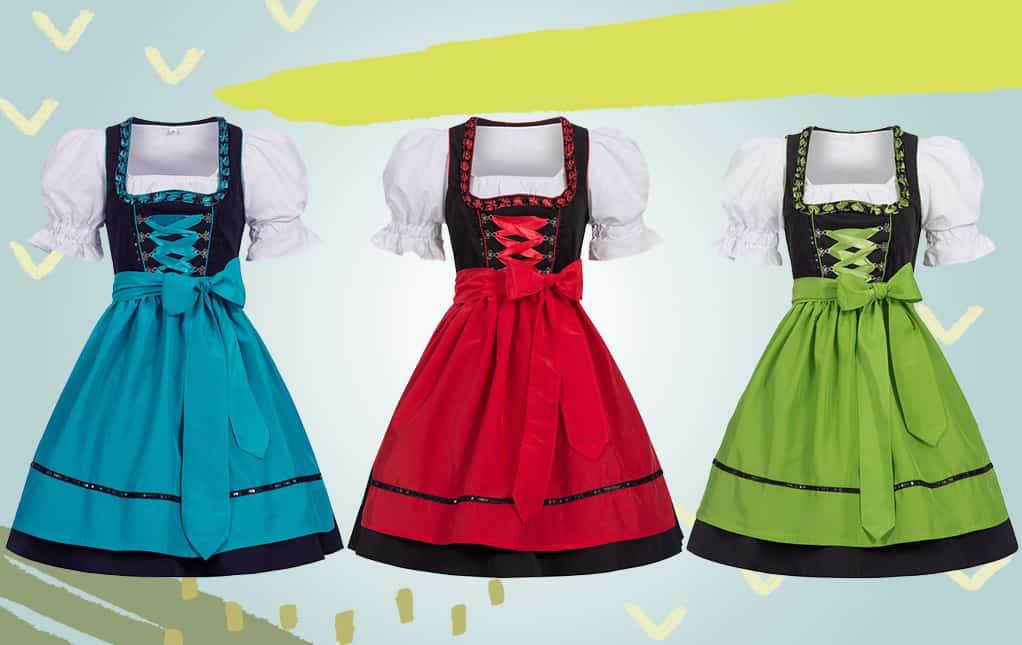 When you need an Oktoberfest outfit you can choose from a beer maid costume, sexy Oktoberfest costume such as a traditional Dirndl we have many. The dirndl is a low cut dress, that has laces at the front underbust, a bit like a corset. It is a very pretty neckline that flatters all shapes and sizes. It creates an attractive hourglass figure. Many people think of a ‘beer wench costume’ as the name of the dirndl.

A good visual for traditional german costume ideas is the iconic movie The Sound of Music. When you see the family lined up you will see that the women and girls are wearing a dirndl and the boys and men are wearing a lederhosen outfit. A dirndl is best described as a fitted bodice without sleeves over the top of a blouse, with or without lacing under the bustline, on top of a flared skirt. 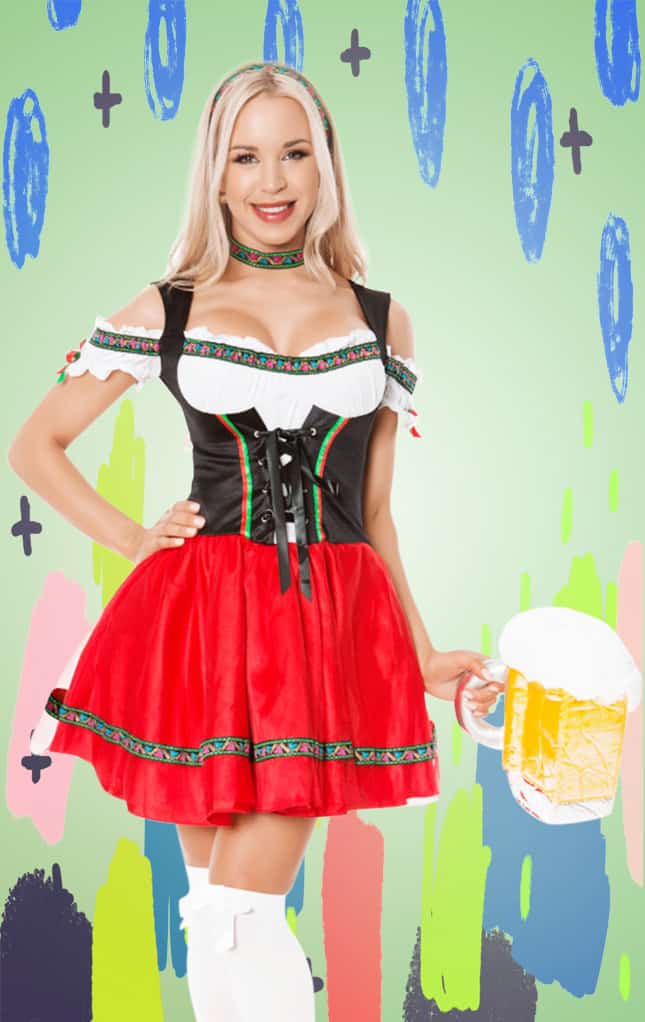 If you’re going to an adult Oktoberfest event, or any type of dress up, you can be cheeky with a beer wench costume. We have some very short skirts and low cut dirndl for not so traditional german clothing for women. You can be a hot Oktoberfest girl in one of our sexy costumes. Come and browse our cheap Oktoberfest costumes for women. 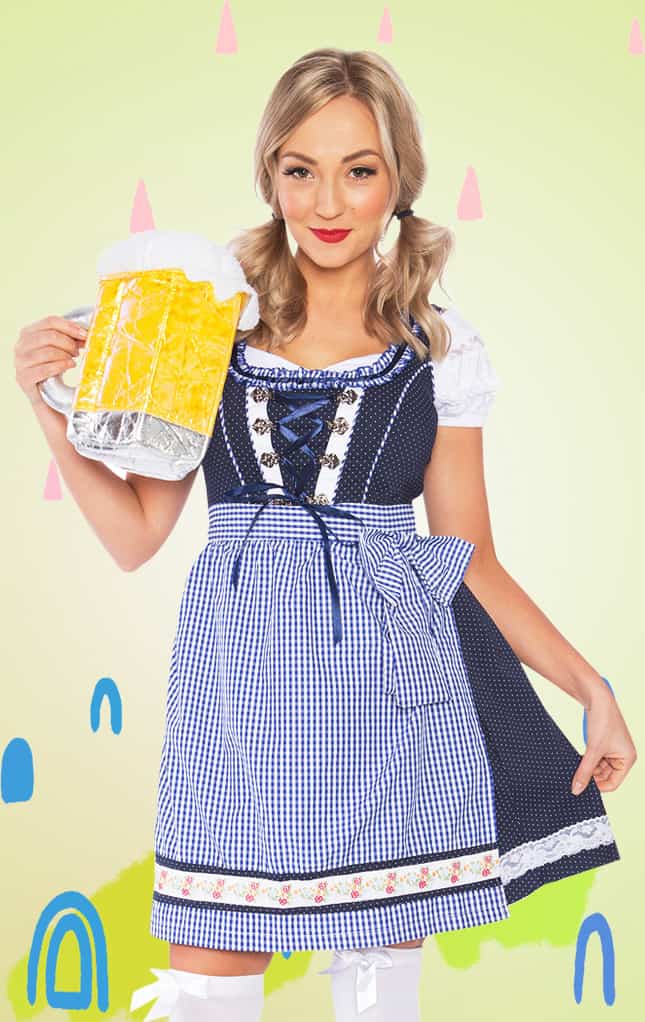 The traditional German costume for women called a Dirndl is what most people think of when they think of Oktoberfest costumes for women. It is a fitted bodice on top of a full knee-length skirt. They come in a range of styles to the basic shape and we can supply them in so many sizes, colours and designs. We have some sexy dirndls if you’re looking for a beer maid plus size costume, or also more modest vintage ladies dirndl costume choices.

Your little girl will look adorable in a German girl outfit. If you are looking for a Book Week costume, then the items from our traditional German outfits can suit characters such as Snow White, Gretel, Red Riding Hood. Their costumes are essentially German Dirndl dresses and we have a great range of designs available. 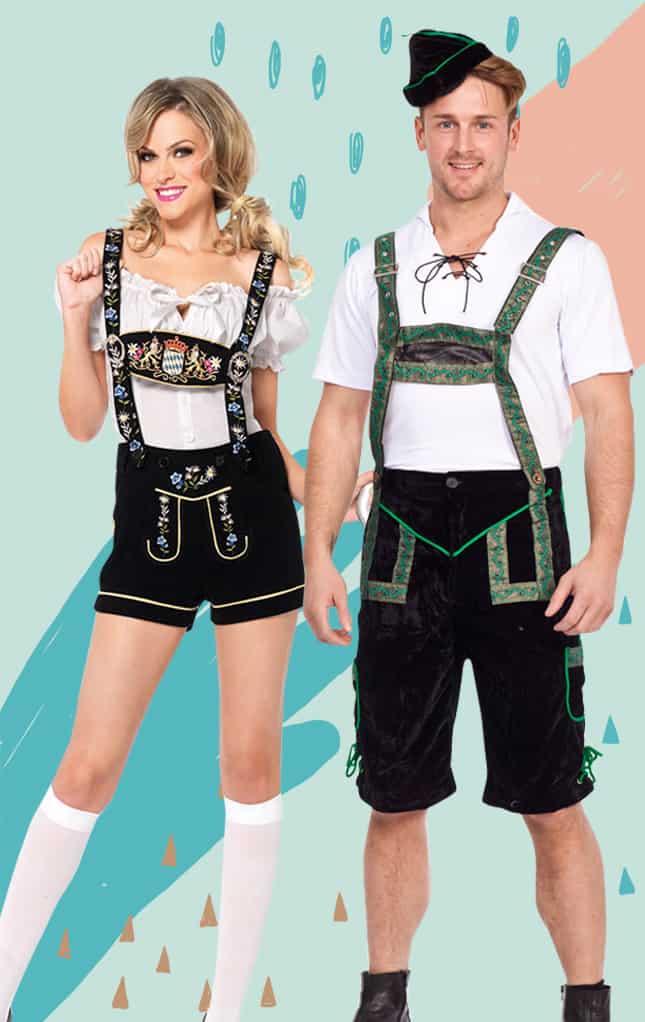 Although traditional Oktoberfest outfits, lederhosen is mens’ clothing, in recent years we have noticed that a range of lederhosen for female bodies is a popular search and we have catered for this demand in a range of women's lederhosen. They tend to be shorter than those for men. Lederhosen is probably the most popular Oktoberfest costume choice in Australia. 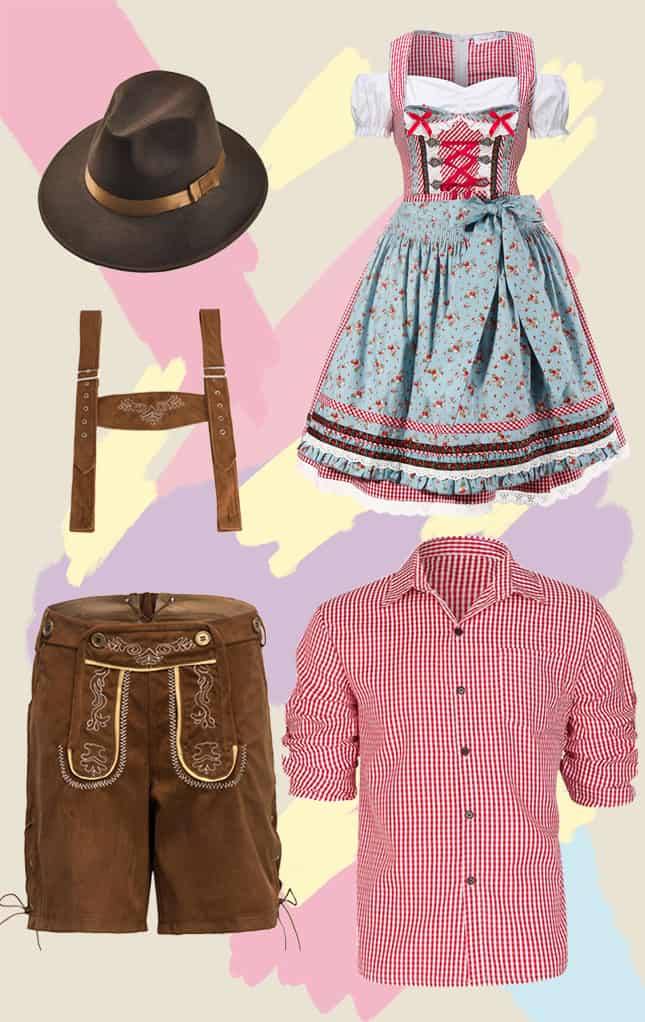 Because Dirndl and Lederhosen are the most common choices for Oktoberfest costumes, we have got a range of couples Oktoberfest costumes so you can both look the part for your next German dress-up occasion. The Dirndl dress is a very flattering style for any figure as it creates an illusion of an hourglass shape.

To finish your look for Oktoberfest, don’t forget to check out our range of accessories such as inflatable beer steins purses for women, white thigh high stockings, hats and wigs. Some of our Oktoberfest costume packs come with everything you will need including Oktoberfest stockings for men and women. 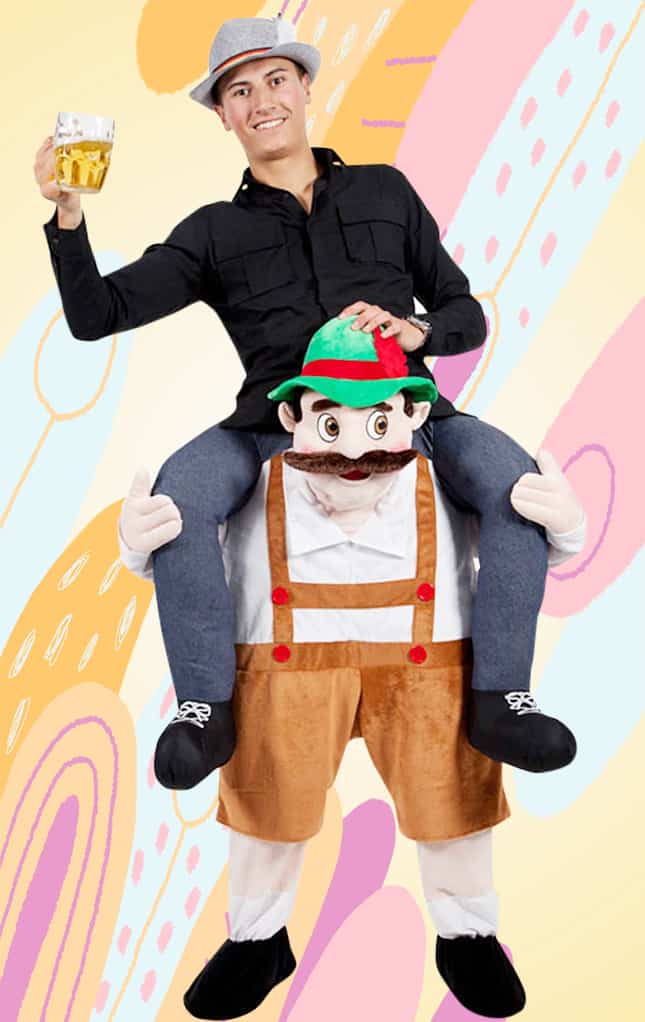 Check out our Oktoberfest ‘carry me piggy back’ costume. You will have a novelty man dressed in lederhosen looking like he is carrying you around. Wearing this will be great fun and will make your friends laugh. 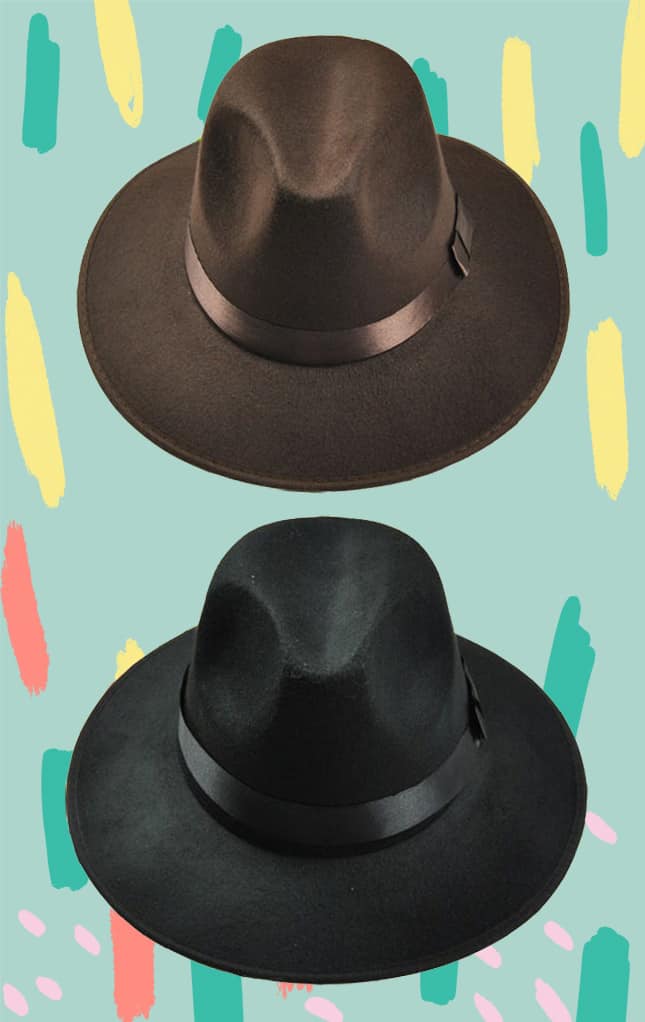 To complement your mens lederhosen costume we have an authentic Barvarian Oktoberfest hat, complete with feathers. For women who would like long flowing plaits to complement their Dirndl, you can have them with our blonde bavarian beauty wig or mini hat.