This entry was posted on December 21, 2021 by Costumes Australia. 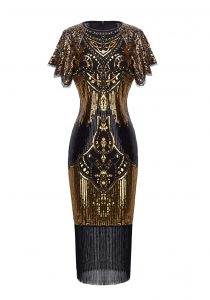 Firstly, 1920s costumes are interesting from a historical position because the flapper dress became fashionable because of the freedom it gave to women. The 1920s marked the end of the 'Great War' and the Spanish Flu Pandemic, both killed so many young men in particular. Just like the COVID pandemic, there were quarantines, lost jobs and families separated. Once this stopped, there was much to celebrate. Young women became freer than they had been and they were starting to ask for rights to vote, to work and to decide their destinies. Many could drive cars and were much more independent than the women in previous generations.

After the war, there became to be more economic equality as there was money related to rebuilding the nations. Single women were able to find work, as there were fewer men to do work following the large deaths of soldiers.

What is a Flapper? 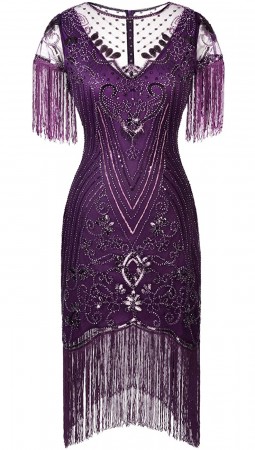 A Flapper is a name given to young women who enjoyed freedoms of dancing and drinking in the 1920s. The meaning of Flapper comes from this style of dress because the many long tassels hanging from the flapper dress added a sense of fun and they bounced around when the flappers were dancing. The flapper is the embodiment of a carefree fun-filled leisure time. Some people say that the 1920s flapper is the start of the women's liberation movement.

1920s flapper fashion centres around the development of a Flapper Dress style. This was an important part of women's increasing freedom. A flapper dress traditionally fell from the shoulders to the hips, in a relaxed fit that did not emphasise women's curves. Women could easily dance, without wearing corsets that their mothers would have worn.

However, this was also during the prohibition era in the United States where alcohol was banned. Young people, looking to socialise with the alcohol went to 'speakeasies' where they were served 'bootleg booze' supplied by the local gangsters who always kept their Tommy guns close by. Famous bootleggers included Bonnie and Clyde as well as the fictional Jay Gatsby. These criminals who led glamourous lives had a lot of money and because people felt that the Government's prohibition was unfair, they looked up to these gangsters as local heroes and wanted to dress like them. The 1920s men's costume was a three-piece pin-striped suit with baggy pants and jackets, used to conceal booze and weapons. 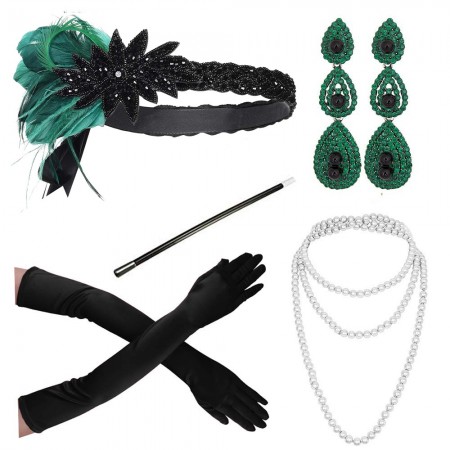 What are the best 1920s costumes for a couple?

The ultimate 1920s costume idea for a couple is to dress up like a flapper and gangster. Sometimes, 1920s male costumes can also be law enforcement, their clothes were pretty much the same. Flapper hairstyles were short pixie styles for women who wanted to be rid of complicated long hair. Using a feathered headdress or flapper headband allowed a woman to dance and have her hair off her face. As part of the flapper dress style, long necklaces made from pearls or beads fell from the neck to the hips of these flappers, and when they danced these necklaces added to the 'flapping'.