Due to Covid-19 impact, we’ve changed dispatch time to 2pm. Parcel will be dispatched by express post on the same business day as usual if you order before 2pm.

Our Customer Service team will remain available to answer any questions you may have and you can get in touch with them here.

This entry was posted on September 6, 2019 by Costumes Australia. 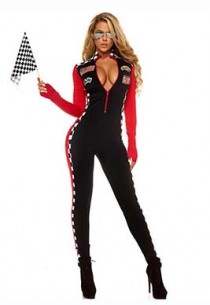 If you love to dress up in costumes, chances are that you would like to host a dress-up party. This could be for Halloween, a tradition that has come from the US but has ties to the ancient Christian tradition of All Souls (or All Hallows’ Day). It is the belief that the night before All Hallows (hence, Hallowe’en - Evening before All Hallows) ghosts come out of their graves.   To prevent from being haunted by these wandering ghosts, people developed a tradition to wear costumes to prevent them from recognising or knowing you. This became a lot of fun to dispel the creepy origins of the tradition. While Halloween is the most common reason for having a dress-up party, many people just enjoy the thrill of wearing sexy costumes to mark a break from the ordinary for holidays and celebrations.   A good idea when you are planning a costume party is to be realistic with a theme. For example, you could have a general fancy dress, where people are free to choose any type of costume to wear, or you can set a theme, such as ‘1980s’. These are particularly popular to celebrate a person’s particular milestone, for example, if they are turning 40 as the 1980s was forty years ago.

When you are sending out your invitations, you can make some suggestions as to what people may like to go as. On social media, you can have people share what they are hoping to dress up as in order to avoid duplication of the same character costumes, as usually having different fancy dress ideas makes it more fun.

You can also suggest that friends choose group costumes to recreate a particular movie cast by what they wear. For this, Grease is particularly a good choice and we have some great ideas in our 1950s section.