What is a shell suit costume?

This entry was posted on September 2, 2021 by Costumes Australia. 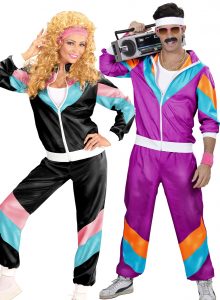 A shell suit or tracksuit was a real fashion statement in the 1980s and is a popular choice for a dress-up costume nowadays. The thing about this style of 80s tracksuit that made it so popular because it was so versatile. Usually, it was worn by people for leisure, not athletic reasons. It is different from just 'tricky pants' as it was designed to be a fashionable statement, not something only to be worn around the house. 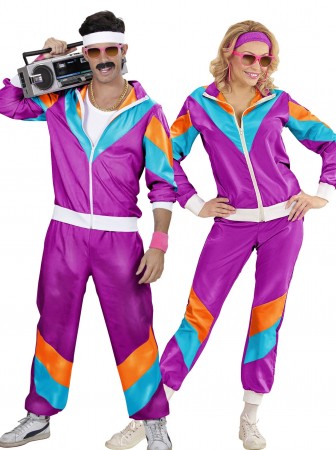 Shell suits or tracksuits became popular at around the same time in the 80s that aerobics became a craze. Originally it was popular for wearing after you went to the gym, to keep you warm after the aerobics class was over. Both men and women had these shell suits. It became quite trendy for women to then wear the shell suit to the shops after going to the gym. From there it just became something that everyone had. By the end of the 80s, the tracksuit was rarely worn to an athletic track, but was popular for shopping or visiting with friends.

Why is this tracksuit called a Shell Suit?

The reason is it called a shell suit is that it had an outer layer that was shiny, which gave an appearance of being like a shell at the beach. It was smooth and shiny, just like a shell. It is usually found in really bright colour combinations to pay tribute to the colourful 1980s. Some of the wacky colour combinations that are really popular include purple, hot pink, orange and aqua.

These great colours and the shiny surfaces made it something that was appealing to hip-hop and rap culture and shell suits for men became stage costumes, with lots of bling as accessories. The loose-fitting suit was comfortable for dancing and performing. 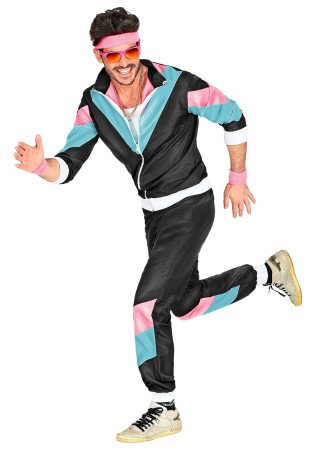 How should I wear my shell suit costume?

An 80's shell suit is perfect for a fancy dress party. You will look so completely 80s, especially if you include bright or fluoro colours, and maybe even a really curly wig. A vintage tracksuit makes an appearance in some wonderful 80's movies such as Back to the Future. If you and your friends want to go as the cast of this movie, one of you could be Biff who wears a green men's tracksuit. There are other inspirational ideas for these 80's shell suits in many popular movies of that decade. There are many appearances in many influential 80's movies the shiny tracksuit was iconic. Retro tracksuits also feature in such tough-guy films as Reservoir Dogs and Donnie Brasco.