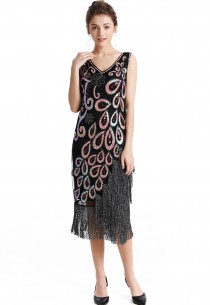 When you think about 1920s costumes, many people know about gangsters and their molls (women). This dangerous times are responsible for the distinctively different and somewhat glamorous fashions of that time. The change in 1920s fashion signifies a change with the past due in part to the social upheaval of the First World War which ended in 1918.

What we think of as gangster costume includes long coats, trilby hats and pinstripes. The time has become known as the ‘roaring 20s’ as fun was now celebrated after the sadness of war and death. The Roaring 20s was a celebration of life and fashions reflected this. In particular of women's 1920s style dress demonstrates a distinct break from the past. Instead of having highly tailored outfits, it became fashionable in the 1920s for women to have loose flowing clothes, with their figures more ‘boyish’ without the need as in previous decades and centuries of having corsets and other stiff foundation garments.

A reason for this looser look in the 1920s fashion has been because of the Great War which ended in 1918. There was a lot of death and devastation in many European countries and also in the US and Australia, as well as millions of lives lost with the influenza virus that year. Historians have said that those who survived these two onslaughts had a greater joy in life, or how we say nowadays, YOLO or (you only live once) and therefore the clothes were looser to signify a more.

Women in particular, now had the vote, independence from men and enjoyed freedoms such as driving and going out dancing on their own. With less men around, they did not have to care about what men thought of them as much as they had done in the past. Their clothes were not the style that emphasized their waistline or bust, but their freedom to dance and move, and therefore the 1920s Gatsby dress demonstrated this freedom. We have an amazing collection of roaring 20s costumes to choose from. 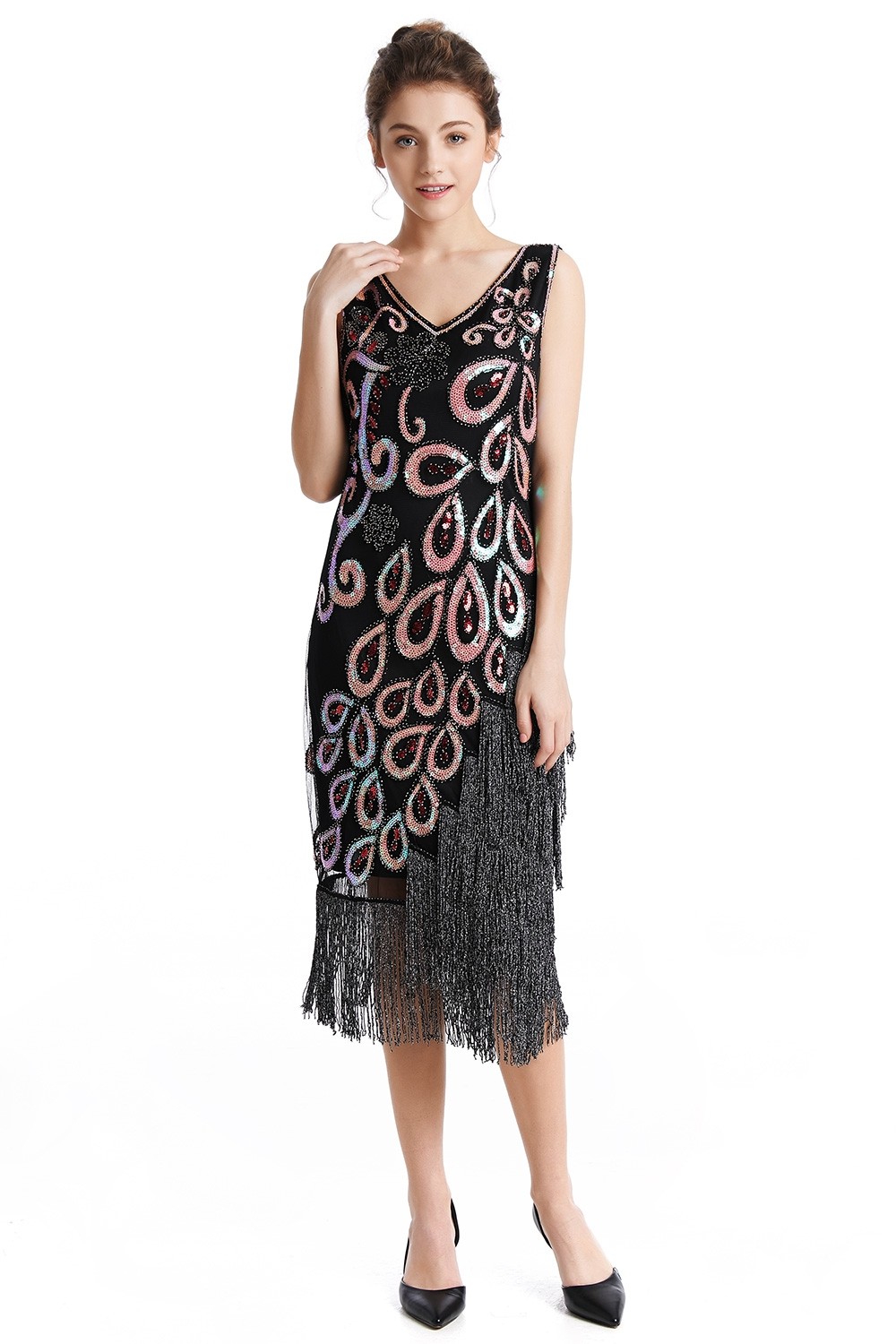