How do Inflatable Costumes Work?

This entry was posted on September 9, 2021 by Costumes Australia. 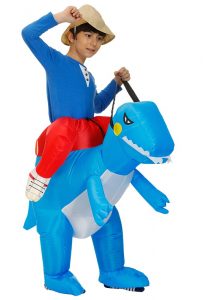 Inflatable costumes in Australia have become really popular and you will find people wearing blow-up suits at all sorts of dress-up events, such as Halloween or comic fan conventions. But how do these inflatable suits work? They have a battery-powered fan that blows air into the suit to inflate it. The elastic at the wrists, ankles or neck can keep the air in the costume. As long as the fan keeps working, the air will remain to inflate the suit. Just like with a jumping castle, but you can wear it and walk around! Popular ideas for inflatable costumes for kids include inflatable animal costumes, including dinosaur costumes. 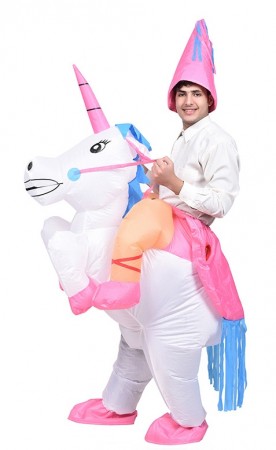 They are made from nylon, the type of fabric that you would find in making parachutes. This is what gives it the ability to withhold the air. The idea of these blowup suits is that you get inside them with your wrists and ankles have elastic to hold the fabric tight against your body. The internal fan keeps the air compression so that it makes a very large costume. The air can fill out up high and out wide so you can be much larger in this blow-up costume. The very light parachute nylon fabric holds the air in very well and it packs down to a small size when it is in storage.

Once you are inside the inflatable suit, you zip it up and then turn on the battery pack and the inflatable suit will start to fill up with air. You will still be able to move freely and the weight of the costume is so light you won't feel it, especially for the size of the finished product. All of these types of costumes have a lot of detail in the printing of the costume, which when it is inflated can be seen. 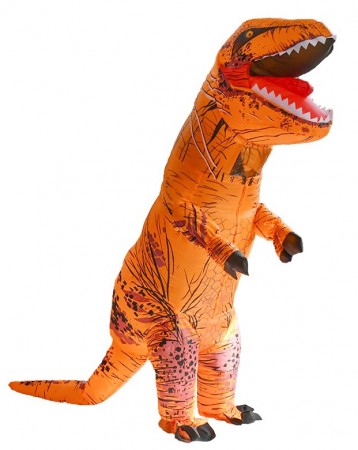 One important thing to remember is that because you need to keep the air trapped inside, to make the costume fill out, there is no heat able to escape from your body. This means that you will get pretty hot. So just wear shorts and a t-shirt underneath, so you don't overheat, and take lots of water to drink. We wouldn't recommend wearing inflatable costumes for many hours on end. Take regular breaks. This is particularly important for kids' inflatable costumes. They are great, but you need to be careful that they don't overheat.